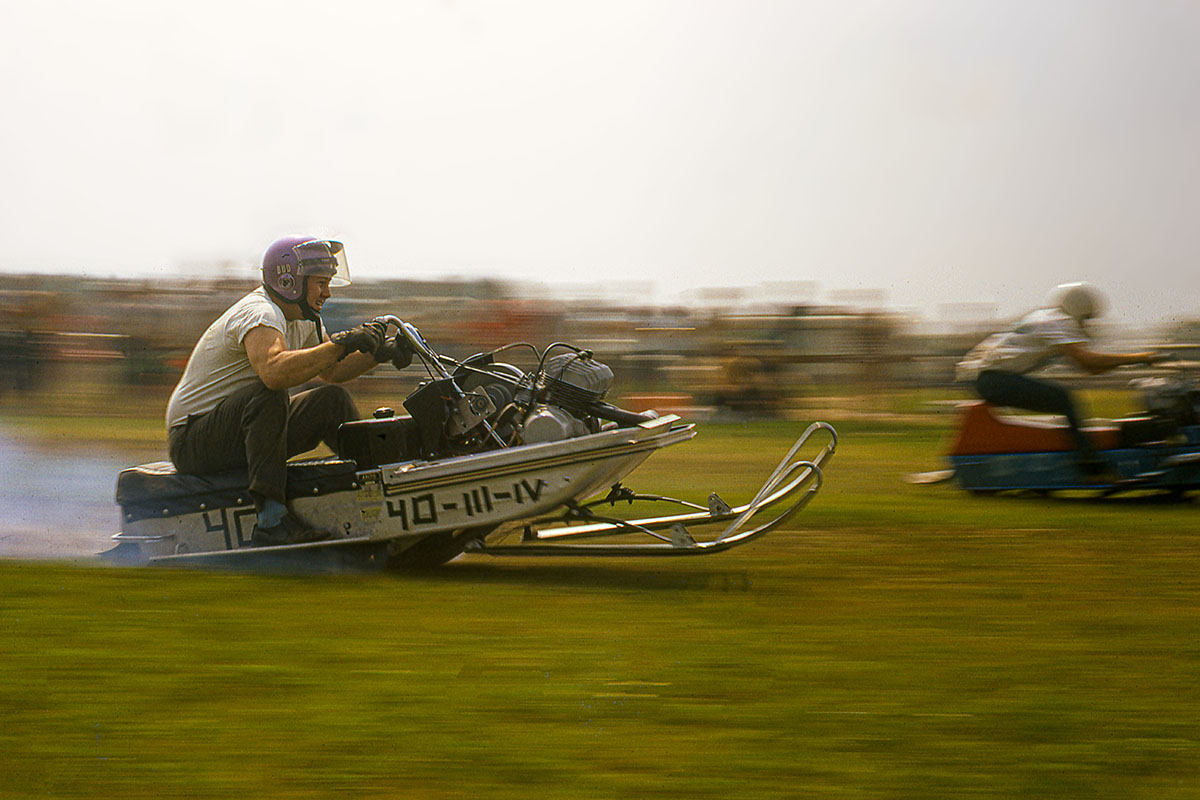 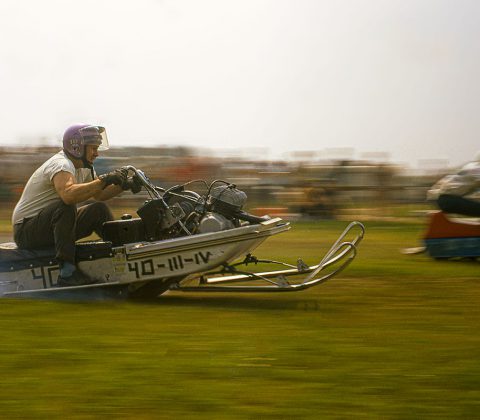 Do you know this rider from 50 years ago?

Richard Helms was a Clarion State College student from Pittsburgh in 1970 when he snapped a photograph that recently won recognition. “I originally shot this as a Kodachrome slide,” Helms told the CLARION NEWS in an email exchange. Helms said he was sorting through his old slides earlier this year and found the snowmobile shot.

“I entered it and was selected to show in the SPARK Photo Themed Juried Show,” Helms said. “The theme was ‘Motion.’ I recently found out I won honorable mention.” Helms graduated from Clarion State College in August of 1971 and moved to Canada to do graduate work in computer research and development.

As for the photograph, Helms doesn’t know who the rider is and believes the race was held somewhere near Shippenville.

“In 1970 there was a snowmobile turf race,” Helms recalled. “For those not familiar with turf racing, in the 60s and early 70s, snowmobiles were air-cooled and used a bogie wheel suspension. Later sleds required snow as a lubricant and to aid in cooling, but the old sleds ran just fine on grass. Arctic Cat even came out with a limited production of grass racers called the Arctic Cat Turf Tiger.”

If anyone knows the identity of the snowmobile driver, drop us a line at the CLARION NEWS.

This article appeared in The Clarion News October 29, 2020.